NYC Male Strippers Continue to be a Bachelorette Party Favorite 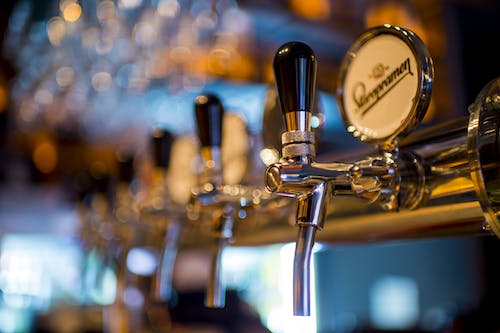 As the number of Covid cases declines, more women are returning to male strip clubs and performing male strip. Exotique Men Male Strippers NYC, a well-known male revue performance in New York City, reported a huge increase in clientele after the reopening of everything. “While we saw that folks were ready to leave their homes, we also recognized that many people remained fearful of Covid. We weren't sure what the outcome would be, but thus far, everything has gone swimmingly,” a company spokesperson said. As vaccination rates have increased and basically plateaued, many bars, clubs, and restaurants across New York City are now completely functioning without the need of masks.

Several male strip clubs and male strip shows were forced to shut for more than a year during the pandemic. Numerous people celebrated their weddings and bachelorette parties in nations that allowed them. As a result, New York City, like many other cities, saw a substantial decrease in visitor and activity levels during the pandemic. The Big Apple, on the other hand, is reviving as more weddings and bachelorette parties are scheduled in the vicinity.

Exotique Men Male Strippers NYC continues to wow its audience with a varied lineup of exotic male dancers. Their male strippers have been trained to entertain and provide a memorable experience for bachelorette parties and birthday parties. The ladies went wild for the male dancers as they entered the stage and performed. It was almost as though many guests had never previously seen a half-naked person. In general, it seems as if the city has reverted to normality, as an increasing number of individuals continue to go out.

Many people postponed their weddings and bachelorette parties throughout the pandemic. As a result, demand for male strip clubs and male strip shows in New York City is increasing. Previously, when the pandemic took its toll, there had been a decline. However, as more people get vaccinations and more people think that things are returning to normal, demand for bachelorette parties in New York City has increased.

Other nightlife categories exemplify a similar mentality. Numerous bars, clubs, and restaurants feel that business is beginning to normalize. The primary problem is that recruiting workers is tough since unemployment benefits are so generous and individuals would rather remain at home than look for job. Nonetheless, male dancers from New York City were always present, since many of them worked at male strip clubs. Male exotic dancers expressed their joy at returning to work. Many of them had missed their jobs at the male strip club and were pleased to see that things were returning to normal. Nobody knows what the future holds as the new version of Covid develops, but many are hopeful that the economy has stabilized.